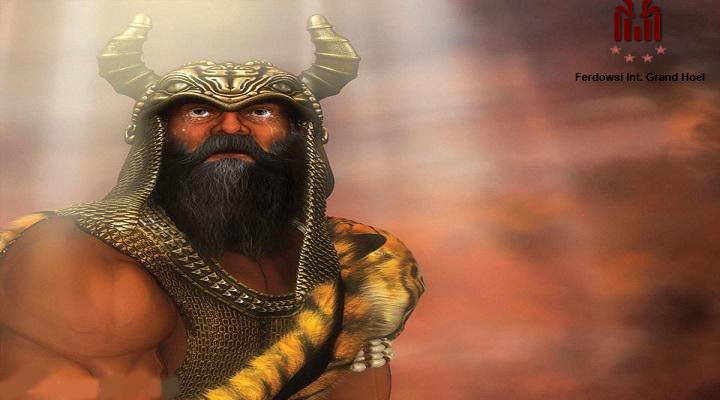 Rostam or Rustam is the most celebrated legendary hero in Shahnameh and Iranian mythology. Rustam was always represented as the mightiest of Iranian paladins ( holy warriors ) and the atmosphere of the episodes in which he features is strongly reminiscent of the Parthian period. He was immortalized by the 10th century Persian poet Ferdowsi in the Shahnameh, or epic of kings, which contains pre-Islamic Iranian folklore and history. 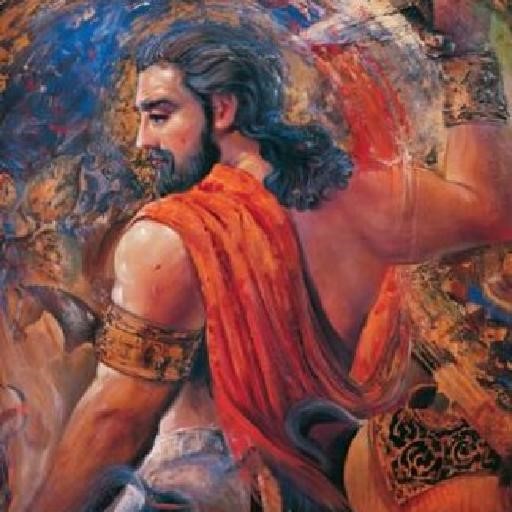 About Rustam
Rustam, the son of Zal, stands out as the most celebrated and complex character in the Shahnameh and to this day he is considered Iran greatest folk hero. Known for his extraordinary strength, bravery and loyalty. Rustam is a Negahban, a protector of Iran monarchy. He steadfastly assists weaker and less courageous kings against their enemies.

The birth and childhood of Rustam
Rustam, the son of Zal and Rudabeh is his mother. Rudabeh gives birth a huge son like a lion cub. Rustam is a miracle baby and has grown into a boy within 5 days and to the height and strength of a young man within weeks. As a child he is the only on able to kill a white elephants that is rampaging unstoppable through the palace.

Rustamsʼ horse, Rakhsh
Rustam needs a horse and all the horses in the kingdom are paraded in front of him. He places his hand on each horsesʼ back and each horse buckles under his strength and their bellies touch the ground, then he sees a young foal, brave as a lion, as tall as a camel, as strong as an elephant. No one knows who the foal belongs to and no one can catch him. Rustam is the only one who can catch and saddle the foal. He says that the foal will be his war horse and calls the foal " Rakhsh"
Rakhsh is the stallion of protagonist Rustam in the Persian national epic, Shahnameh of Ferdowsi. The color of Rakhsh is described as ' rose leaves that have been scattered upon a saffron ground' and it is first noticed by Rustam amongst the herds of horses brought over from Zabulistan and Kabul. 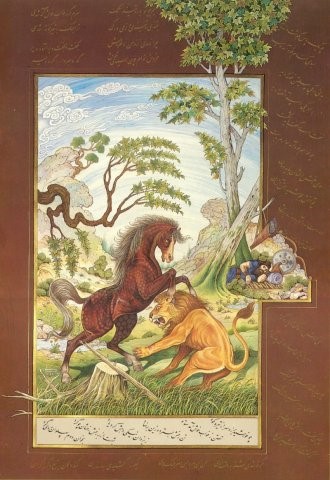 2 – Rustam and Rakhsh cross the desert 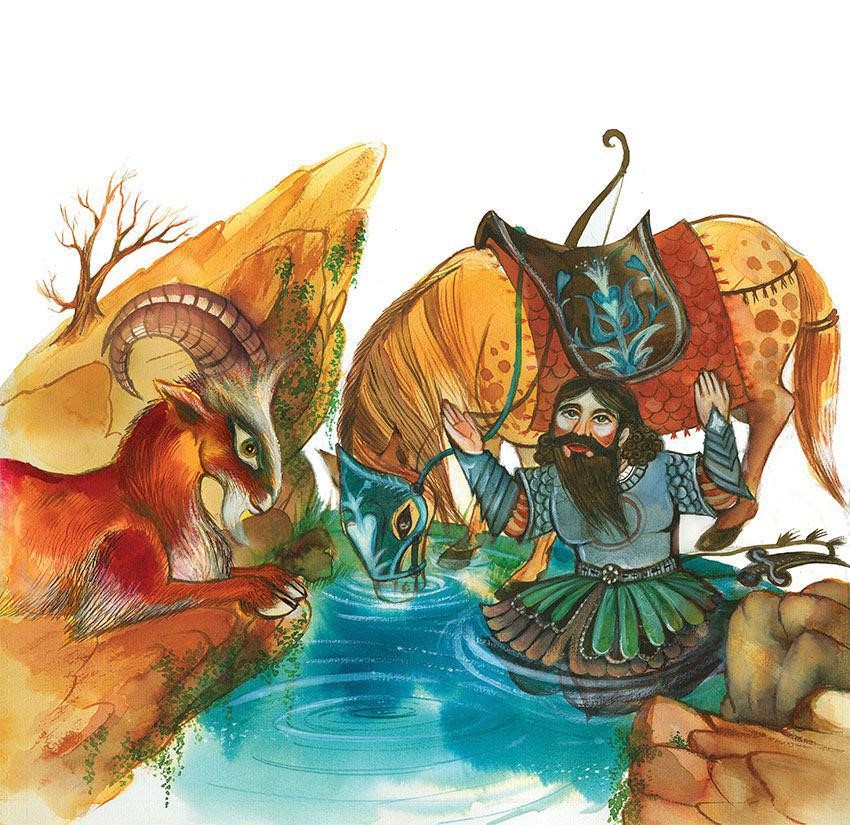 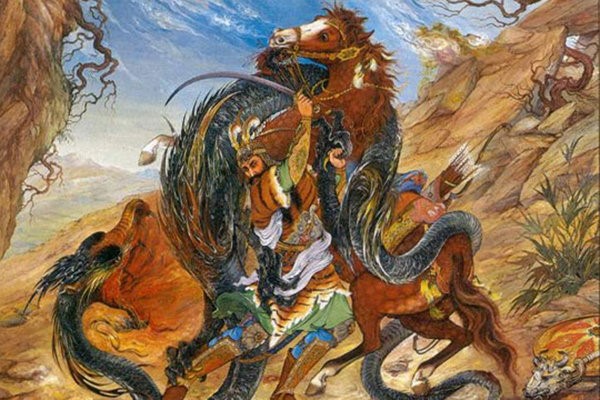 4 – Rustam foils the plot of the witch, slaying her 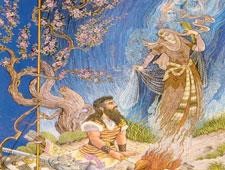 5 – Rustam punishes the Horse Master of Mazani hero, Olad, who describes the caves of the demons and show him a place of Arzang Div 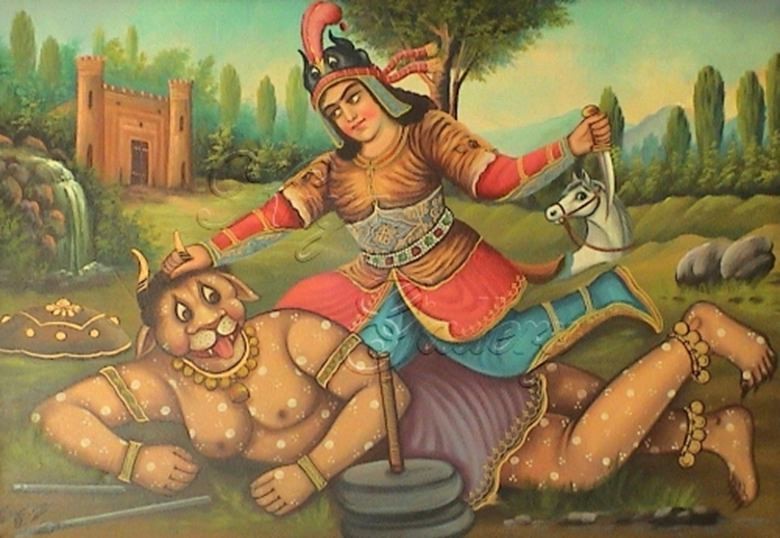 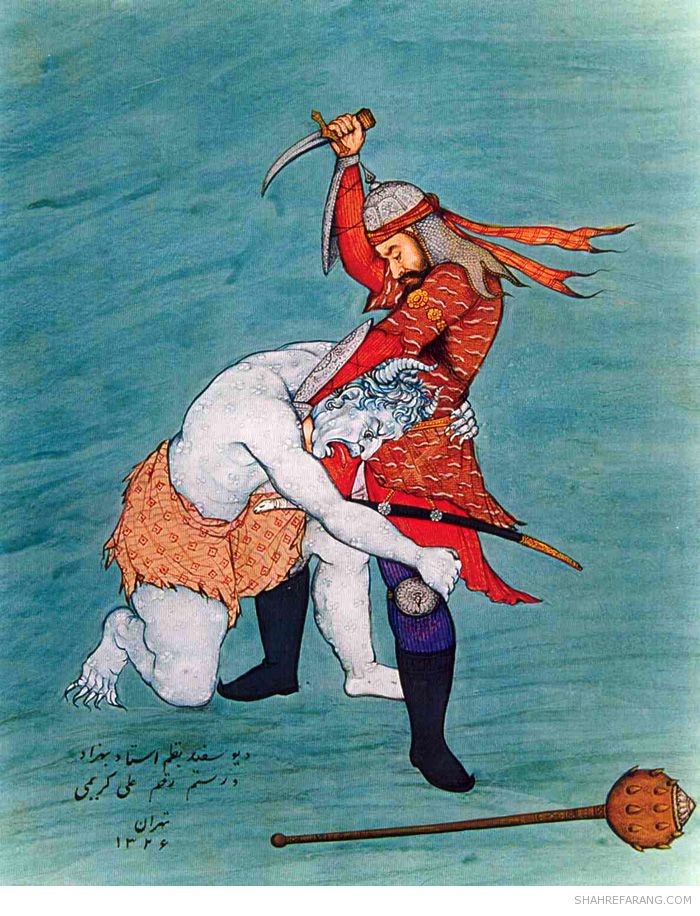 About Ferdowsi
Abu l-Qasim Ferdowsi Tusi was a Persian poet and the author of Shahnameh ( book of kings ) which is the world longest epic poem created by a single poet and the national epic of Greater Iran. Ferdowsi is celebrated as the most influential figure in Persian literature and one of the greatest in the history of literature.
Ferdowsi was born in Tus, a town in north Eastern Iran, in the province of Khorasan. 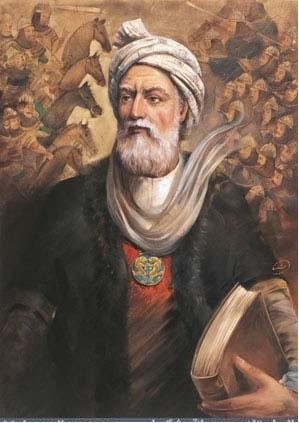 Tomb of Ferdowsi
About 40km outside of Mashhad is the small town of Tus, you can visit his tomb. Tomb of Ferdowsi is a tomb complex composed of a white marble base and a decorative edifice erected in honor of the Persian poet Ferdowsi located in Tus. It uses mainly elements of Achaemenid architecture to demonstrate Iran rich culture and history. You can see Ferdowsi poem in all the walls around the tomb. 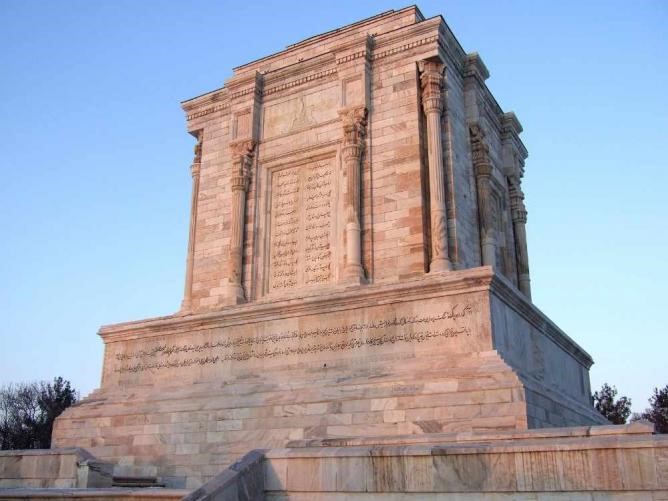 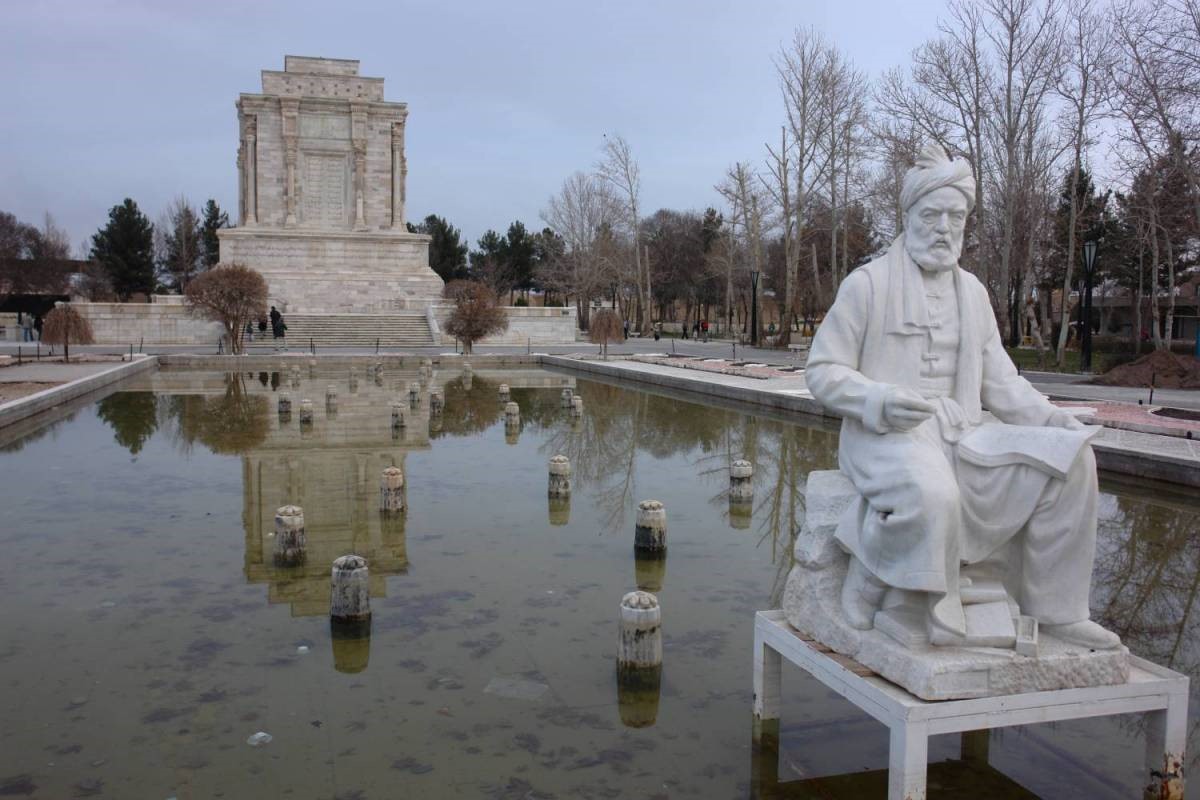 At the end, the story of Rustam is one of the top tragedies of the Persian literature described by Ferdowsi in the best possible manner. This myth is so well-described that illustrates Iranian most delicate psychological properties and raises the question of whether or not there would be a possibility that such a tragedy happened in the real world. This story represents charitable against of the evil and show that always chivalrous is the winner.