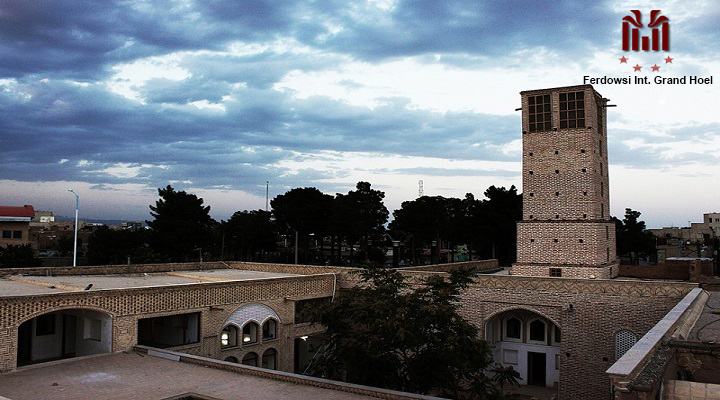 History of Semnan
The history of Semnan dates back to ancient Iran when the city was part of the Median Empire. In the Parthian era Semnan became part of Qomis province. 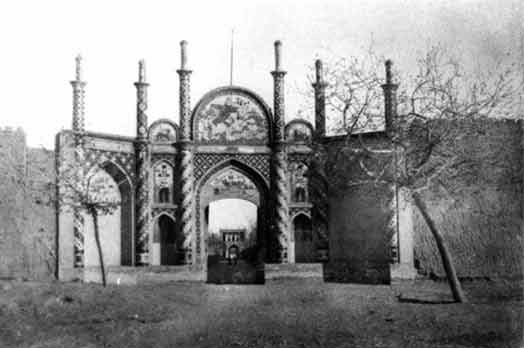 Chehel Dokhtar is a tower in Semnan which locals believe was built from mud and mudbrick by 40 girls who renounced worldly pleasures in ancient times. Based on the remains of Sassanid structures near this tower, it is strongly believed that the tower was either a fire temple or a sacred zoroastrain monument. The construction of the temple is related to the pre-Islamic era. 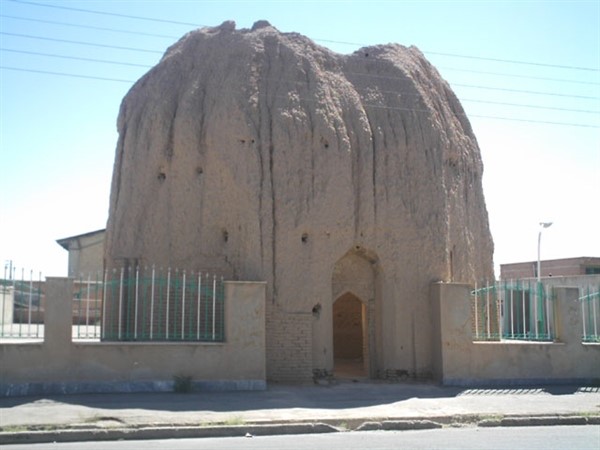 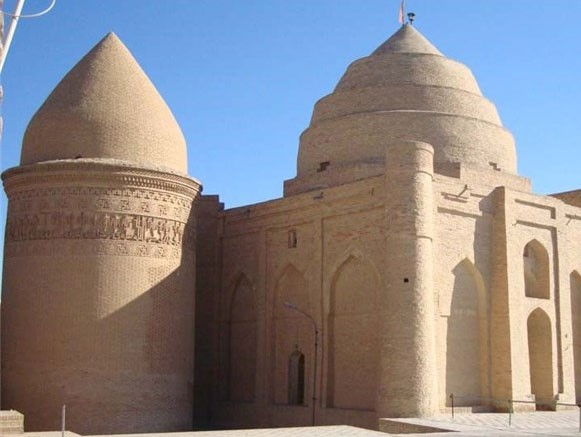 Jame Mosque
The Jame Mosque of Semnan is one of the historical structures in the city which according to historical records was built in the first Islamic century over the ruins of a Sassanid fire temple. The mosque was expanded during the Seljuq, Ilkhanid and Timurid eras. The architecture of this monument follows Azeri style. 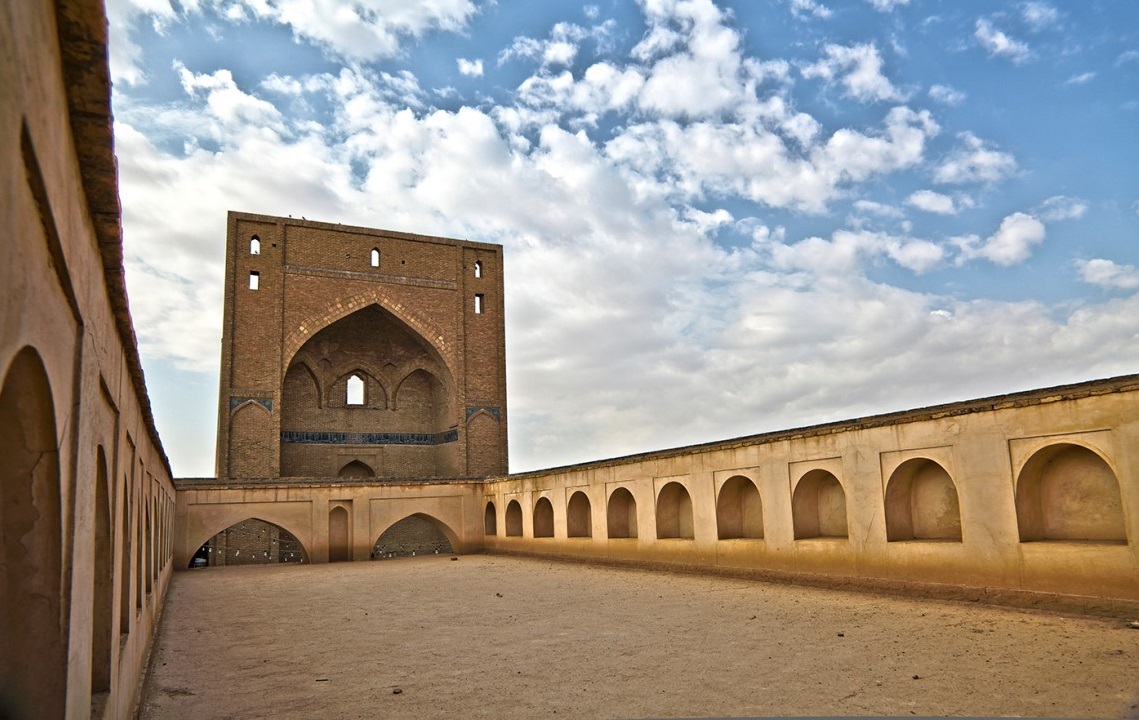 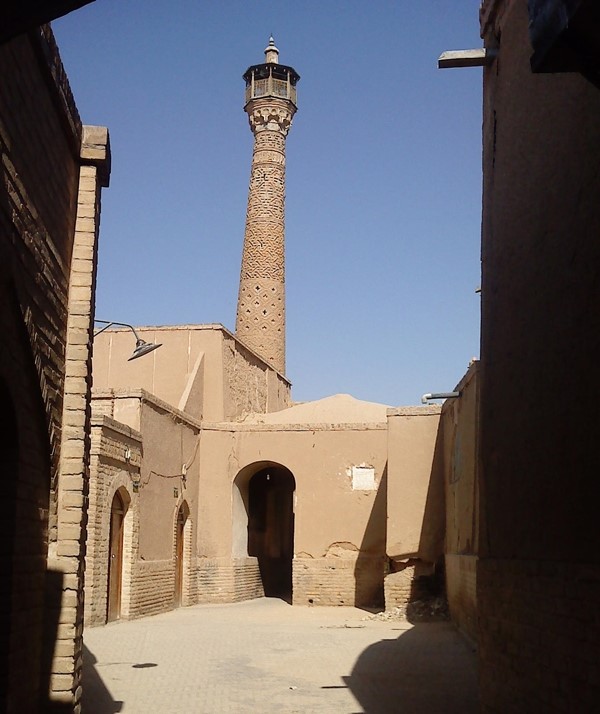 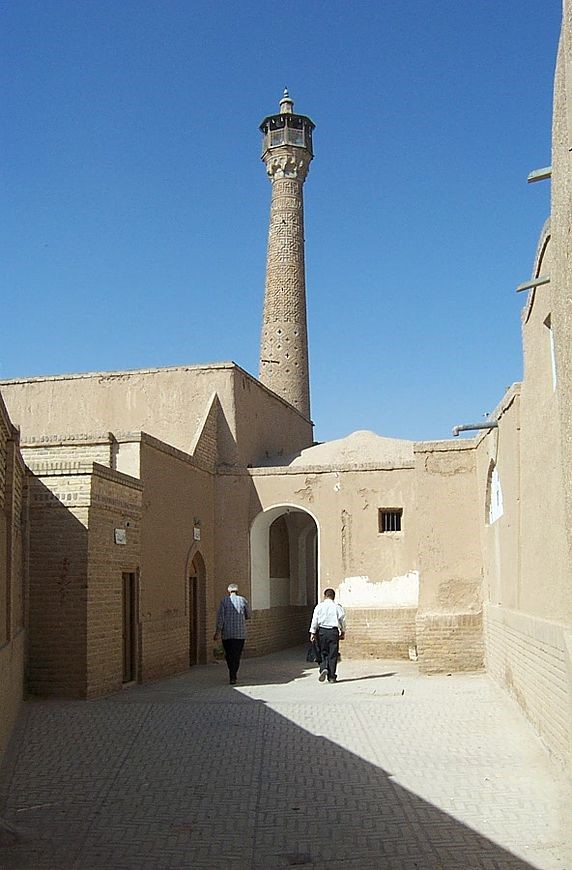 Pahneh Bathhouse
This bath is located between Jame Mosque and Imamzadeh Yahya in Semnan. The structure comprises of three sections, named as the cloak-room, Garm Khaneh ( a hot house ), Khazaneh ( the reservoir of a hot bath ). The doorway of this bath has been beautifully adorned with tile works. After undergoing renovation, the bathhouse was turned into the Semnan Museum of Archeology and Anthropology in 1994. This museum presently showcase items from the 1st and 2nd millennia BC as well as the Islamic and modern eras. 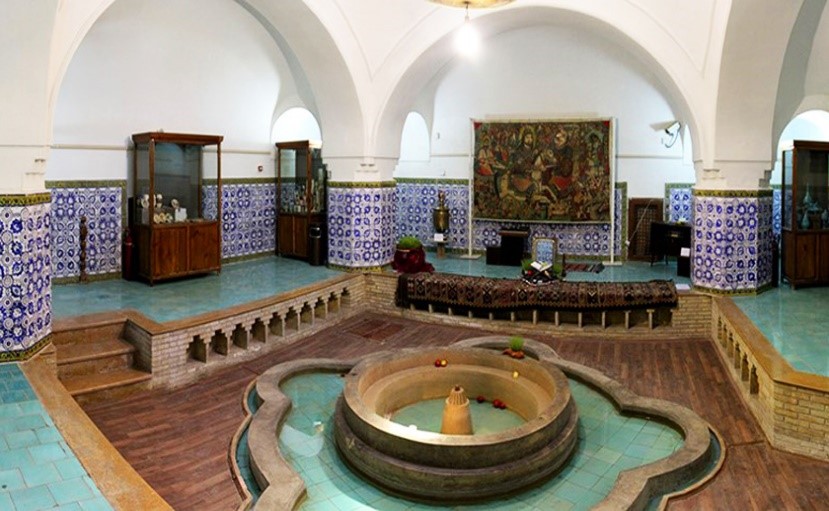 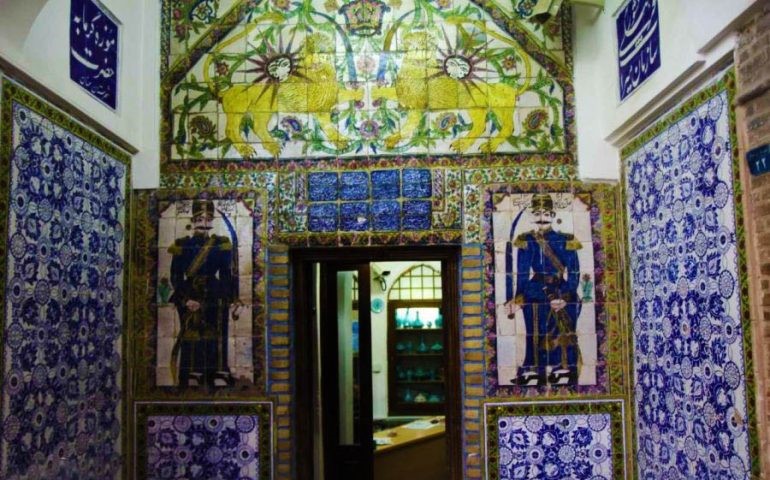 Soltani Mosque
Soltani Mosque is one of the beautiful and religious structures in Semnan that was built during the reign of Fath-Ali Shah Qajar. This four iwan ( a large, vaulted chamber with a monumental arched opening on one side) mosque has four entrances in the north, west, east and south. 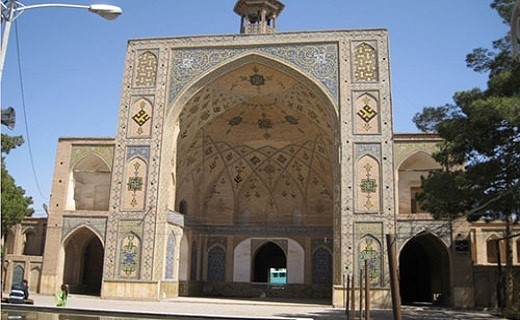 Semnan is a city with exceptional natural attractions. Many nature enthusiast visit the city during spring in order to fully appreciate its beauty. Some of Semnan most notable natural attractions include Ezhdeha mountains ( Dragon Mountains ), Parvar Protected Area and Arvaneh caves.

Ezhdeha Mountains ( Dragon Mountains )
The topographical features on this mountains are mythically believed by local people to be the trace of the dragon tail on the mountain when Rostam Dastan ( a mythical character ) was following the dragon to capture it. 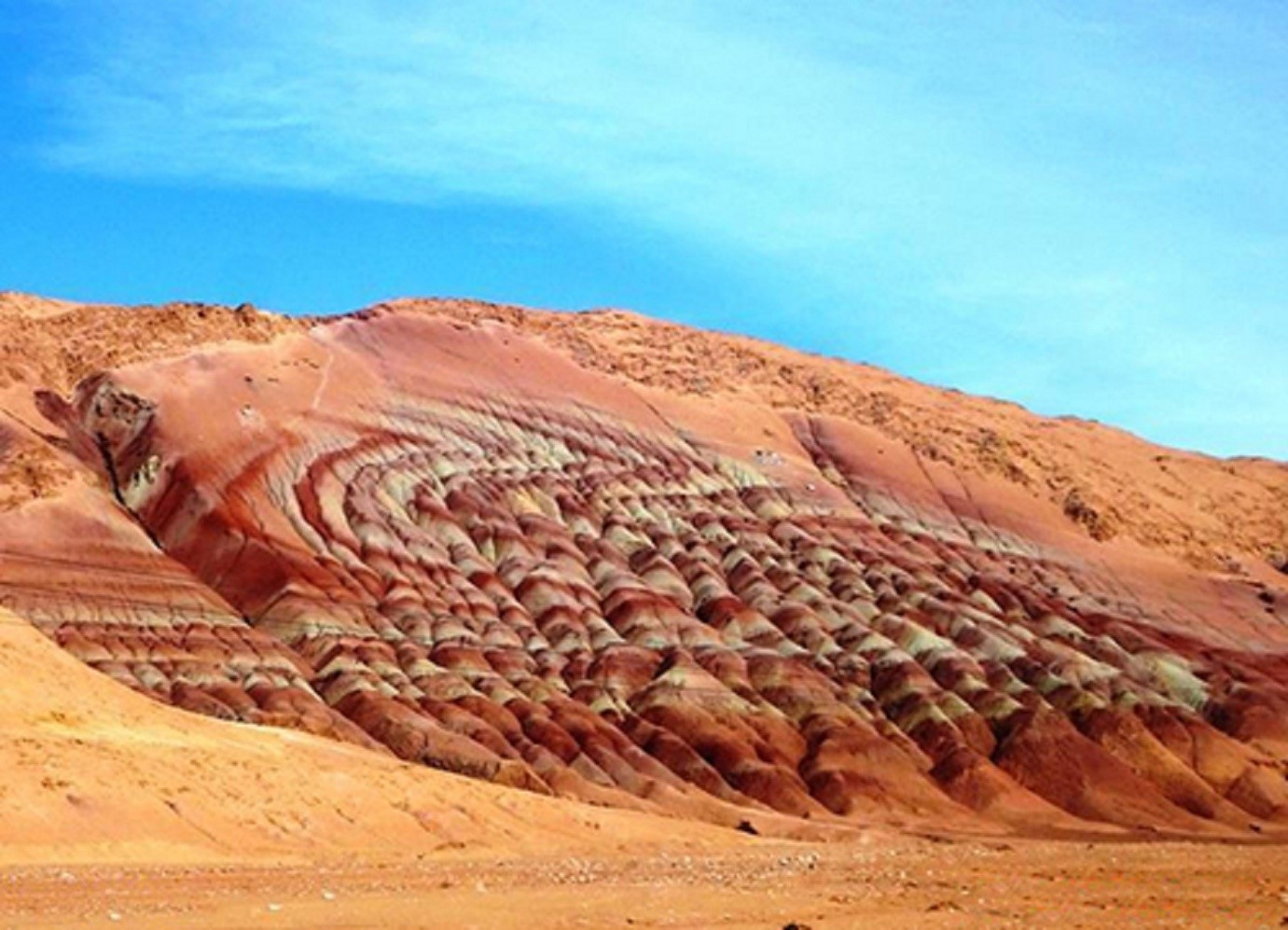 Parvar Protected Area
Located in-between Caspian Hyrcanian Mixed Forests and Kavir Desert of Semnan province. Parvar protected area spanning an area of 66000 hectares, is a reflection of both regions. This area has the rich fauna and flora because of the various climates. 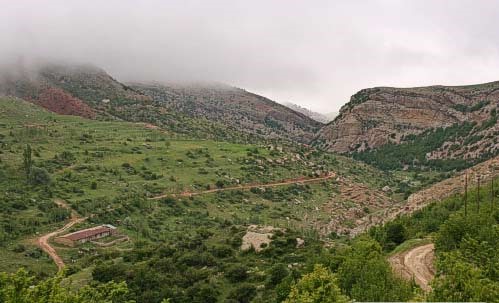 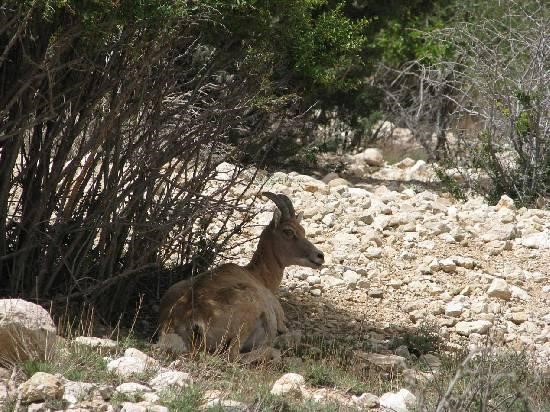 Arvaneh caves
These limestone caves have been created due to the movement of tectonic plates. You can have a great time there and enjoy the melody of nature. 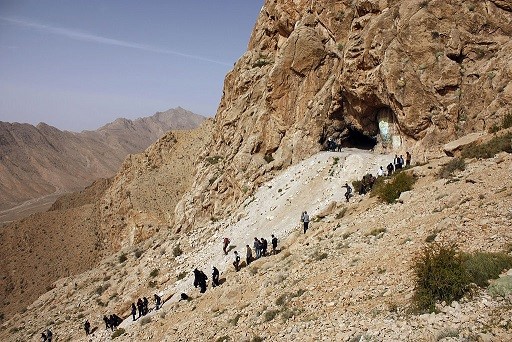 Besides all of this beautiful and historical places, its good to know about Semnan souvenirs, you can have any kinds of this souvenirs for your friends and show them that you don’t forget them during your trip.
The people of Semnan have many foods and dishes that are specific to Semnan.

Komaj
Komaj is a sweet bread that is baked with rice flour and sugar. This sugary bread is a traditional sweet of Semnan city. 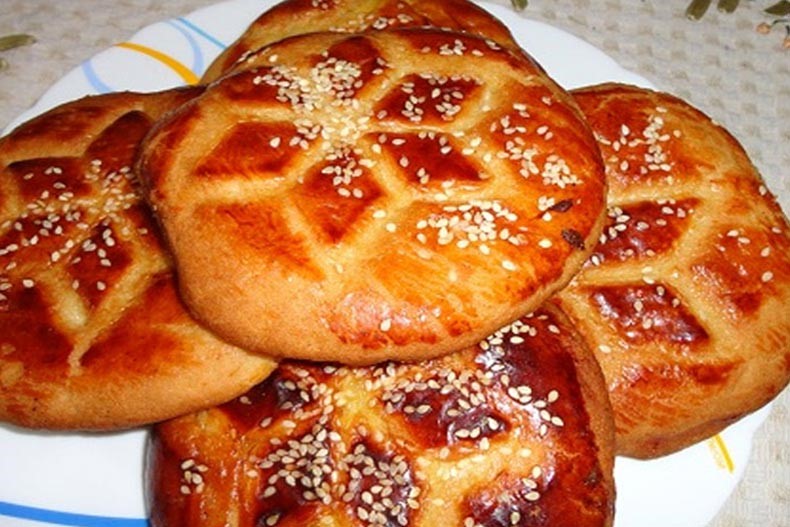 Carrot and pistachio stew & Khalal polo
A sweet and sour stew made with chicken breast, pistachio silvers, chopped carrot, saffron. This dish is served with rice and local people make it for their ceremonies and special occasions.
Another one is a white rice dish that is decorated with fried orange peel, carrot, pistachio and almond silvers, small meatballs and saffron. 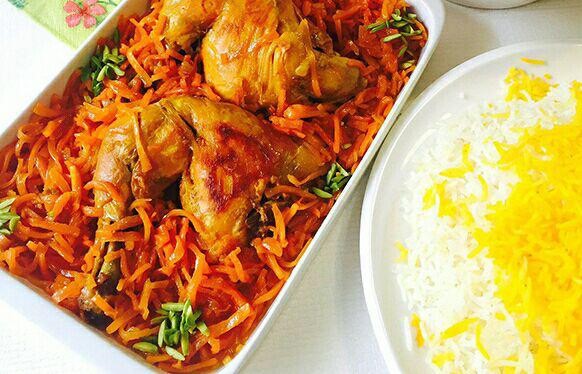 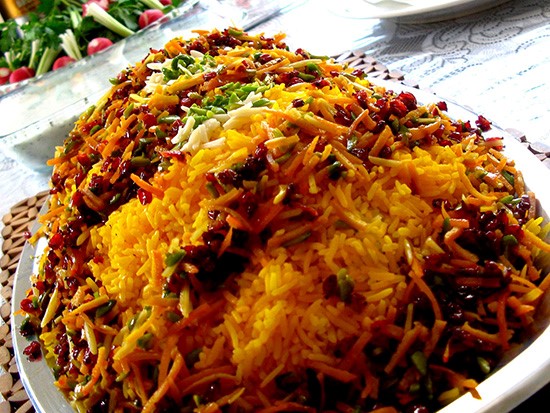 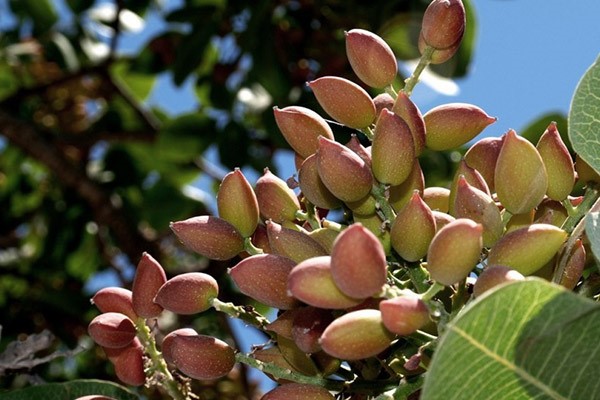 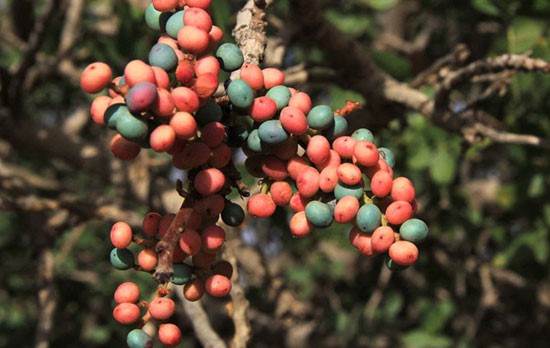 You can find all this souvenirs in Semnan Bazaar.

Semnan Bazaar
This bazaar was constructed in the early Qajar period and comprises of two sections, named as the northern and western sectors. The northern segment is vast, having numerous rows and alleys. Besides which there are three public bathes, five mosques, four local inns or caravansaries ( in a ruined state ) and a large area in which religious ceremonies are performed. The southern bazaar or Hazrat Bazaar has 50 shops. 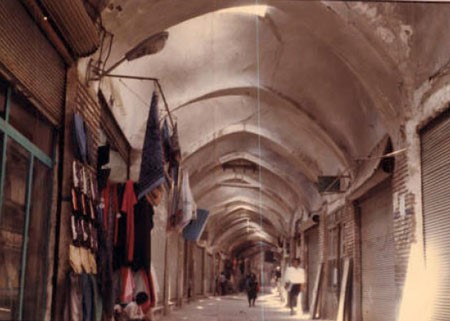 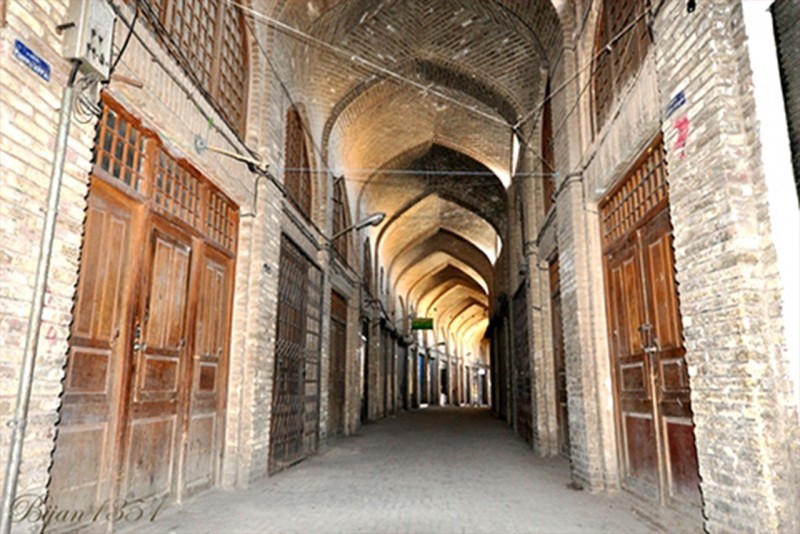 At the end, if you want to go some place to rest and eat Semnan food, you can go international restaurant Emarat-e Badgir is a historic-tourism collection that is hosted in an attractive and traditional environment with a variety of Iranian and foreign cuisine, this traditional restaurant includes teahouse, Qajar-Dokht photography and Khatoon-House. 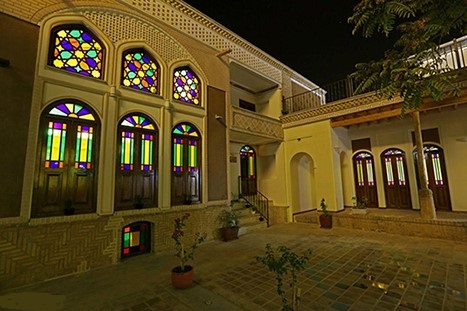 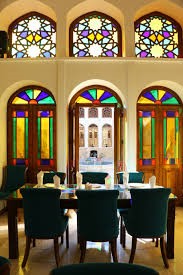