Shiraz is a city steeped in history and poetry and should be found at the top of any tourist itinerary. 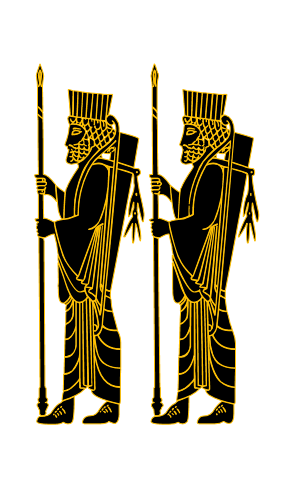 Persepolis or Takht-e Jamshid in Persian, was the magnificent ceremonial capital of the ancient Achaemenid Empire, over 2500 years old. It is situated 60km northeast of the city of Shiraz in Fars province. 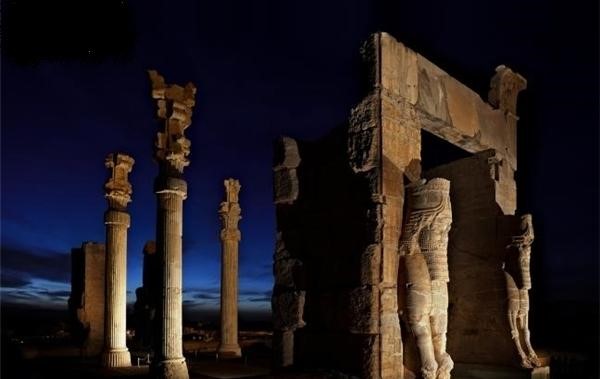 You can find there fabulous place that all the history will come into your eyes and can understand about Achaemenians empire too.
Persepolis (Capital of Persia in Greek ) or Takht-e Jamshid (The Throne of Jamshid ) became summer capital of Achaemenian after Pasargadae. The construction of this impressive palace started by Darius Ӏ , one of Cyrus successors, in about 518 BC was completed over a period of 150 years by subsequent kings Xerxes Ӏ and Artaxerxes Ӏ. 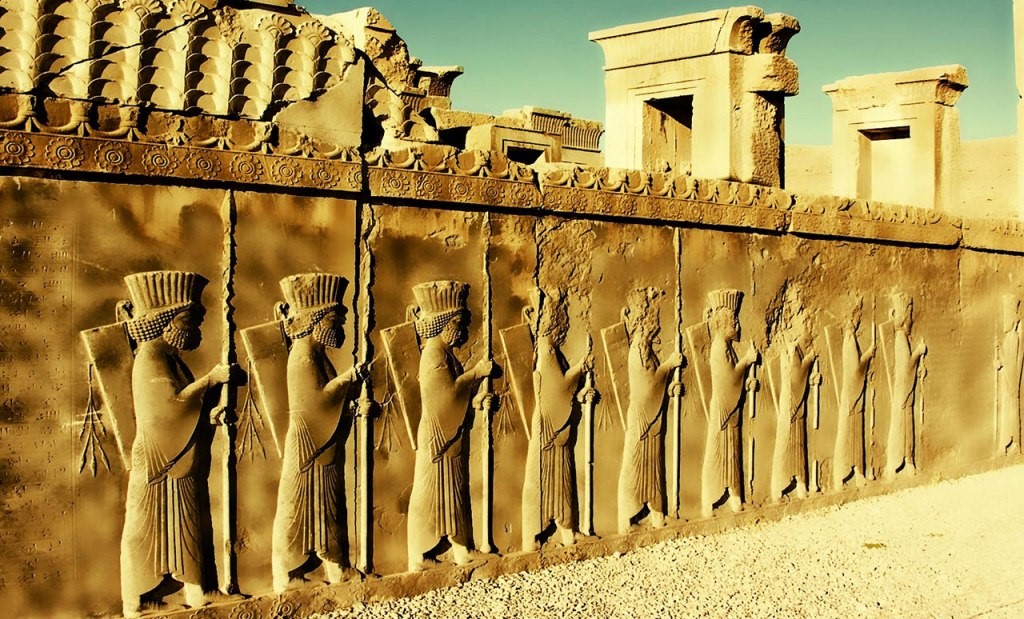 Persepolis was used as a setting for an invocation by the whole nation, led by the divinely invested king, by the grace of the Great God Ahura-Mazda, overcame all enemies and established a world empire which was planned to bring peace, order and Persepolis into a chaotic world. Darius declared, " I am on who loves righteousness and hates iniquity ... it is not will that the strong should oppress the weak … God plan for the earth is not turmoil but peace, prosperity and government" 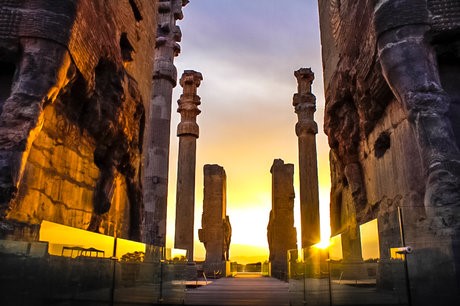 Cyrus the Great
Cyrus the Great, also known as Cyrus ӀӀ of Persia, is famous for founding the Achaemenid Empire. His father was king Cambyses of Anshan. He agreed to let the people he conquered maintain their religion and local customs. This was a different way of ruling from previous empires such as the Babylonians and the Assyrians. Cyrus the Great is also well-recognizes for his achievements in human rights, politics and military strategy, as well as his influence on both eastern and western civilizations. 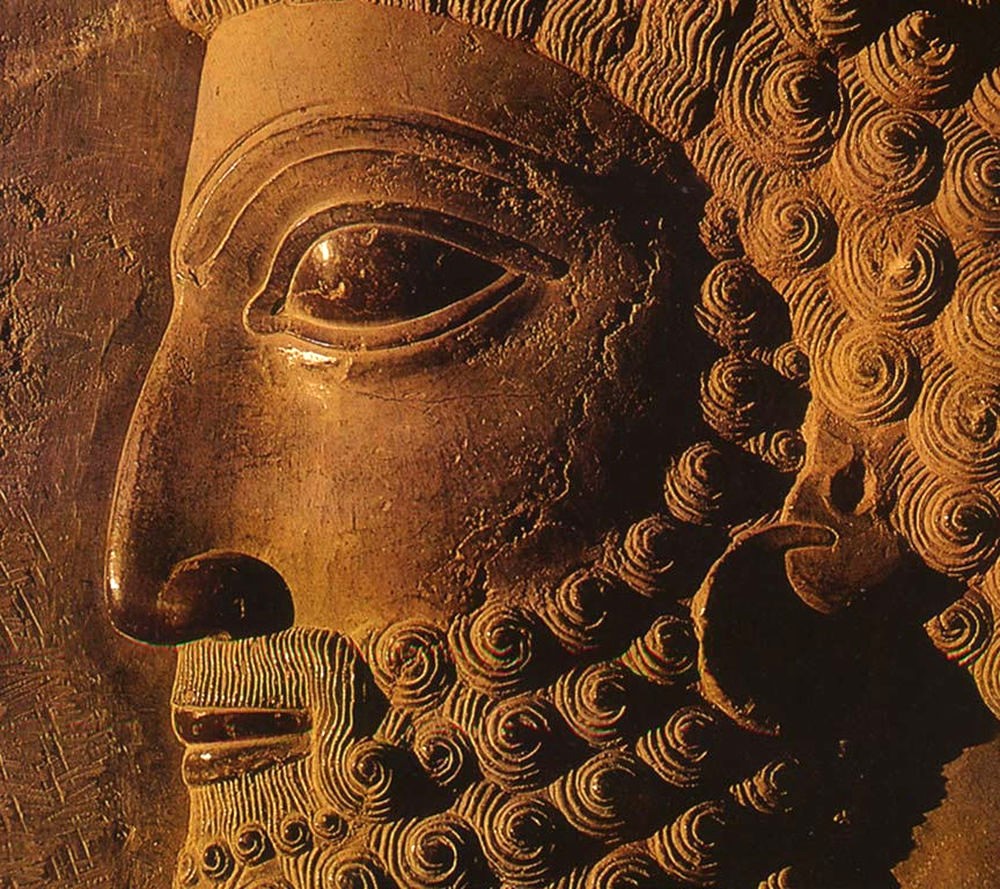 Persepolis structure
Persepolis complex of ruins comprises of four major groupings, the military buildings, the treasury buildings, the reception hall and the king residential palaces. The list of noted structures in the ruins includes The Great Stairway, The Gate of Nations, Darius palaces, Tachra and Apadana, The Hall of a hundred columns, The Three-Gated Hall, The Hadish palace of Xerxes, The palace of Alexander ӀӀӀ, The imperial treasury, The royal stables and The Chariot House. 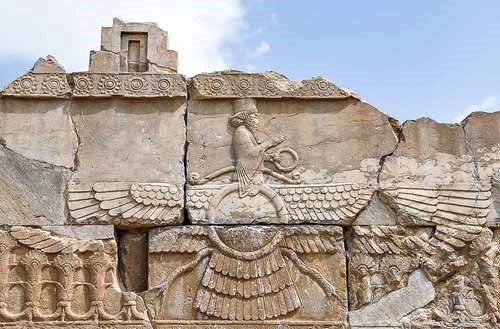 When you enter he area, you go up the stairs, there are 106 steps. At the top of the stairs the first thing you see is Xerxes Gateway with three separate doors and a hallway. The remaining doors are covered with inscriptions and curving in ancient languages. To the south of gateway, look for the Apadana palaces ( The Audience hall ) where kings received visitors and celebrated Noruz ( the Persian new year ). 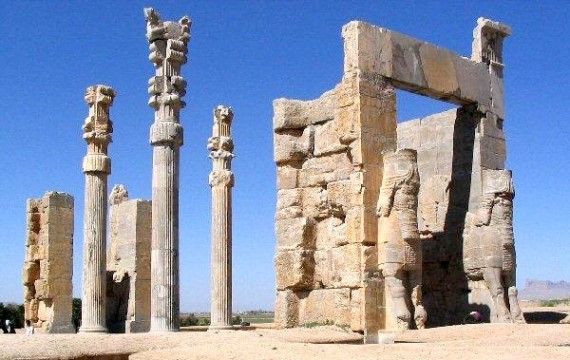 The Gate of All Nations
The Gate of All Nations, referring to subjects of the empire, consisted of a grand hall that was a square of approximately 25 metres in length with four columns and its entrance on the Western Wall. There were two more doors, one of the south which opened to the Apadana yard and the other opened onto a long road to the east.

Construction Materials
The main material used in the construction of Persepolis was grey limestone and it is stunning to see the whole site had been equipped with a sewage system comprised of channels dug under the ground through the rock.
Near here you can visit Naqsh-e Rustam. An ancient necropolis with a group of ancient Iranian rock relief cut into the cliff from both the Achaemenid and Sassanid periods. Another is Naqsh-e Rajab. The site of four limestone rock face inscriptions and rock-cut bas-reliefs that date to the early Sassanid era. 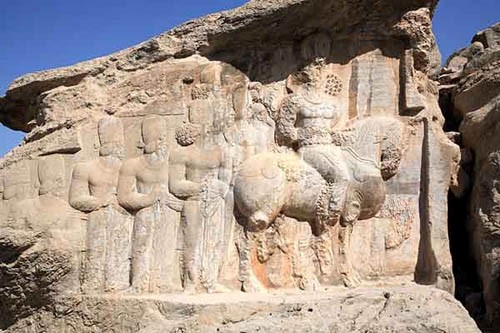 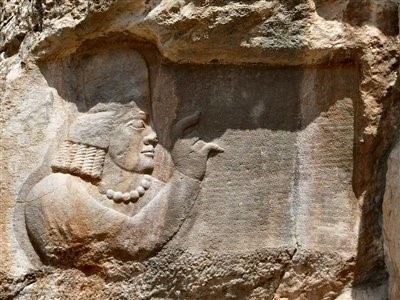 82 km distance from Persepolis, you can visit Pasargadae. 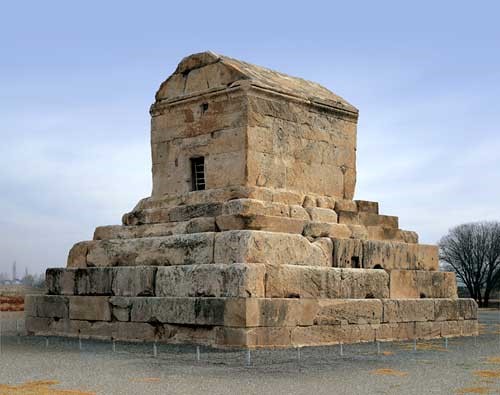 Pasargadae is the oldest capital of the Achaemenid Empire and it was founded by Cyrus the Great, whose imposing tomb is one of the main sites of the area. Pasargadae is the first outstanding expression of the royal Achaemenid architecture. The archaeological site of Pasargadae, with its places, gardens and the tomb of the founder of the dynasty, Cyrus the Great, represents an exceptional testimony to the Achaemenid civilization in Persia. The ' four gardens ' type of royal ensemble which was created in Pasargadae, became a prototype for Western Asian architecture and design.