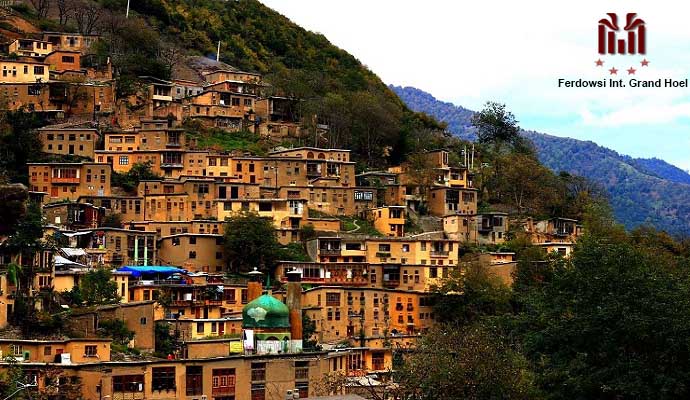 Rasht is the center of the evergreen Gilan province in north of Iran. Rasht has a special place among the most popular northern Iranian destination. In fact, is Iransʼ third tourist destination with itʼs lush nature, dense forest, beautiful sea and spectacular houses, Rasht steals any touristsʼ heart. 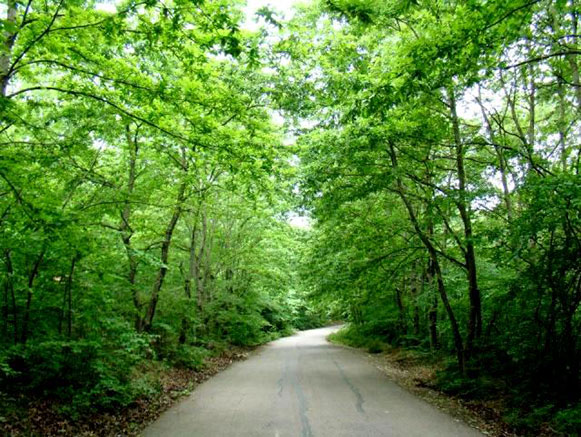 About Rasht
Rasht, capital of Gilan province, is the most populous and the largest city in the north of Iran. The city is surrounded from the north by Anzali Lagoon and the Caspian Sea. Rasht is the largest city on iransʼ Caspian Sea coast. It is a major trade center between Caucasia, Russia and Iran using the port of Bandar-e Anzali. Historically, Rasht was a major transport and business center which connected Iran to Russia and Europe and because of this was known as the " Gate of Europe "
They speak Gilaki or Persian with a Gilak accent and are considered one of the least religious Iranian ethnic groups. 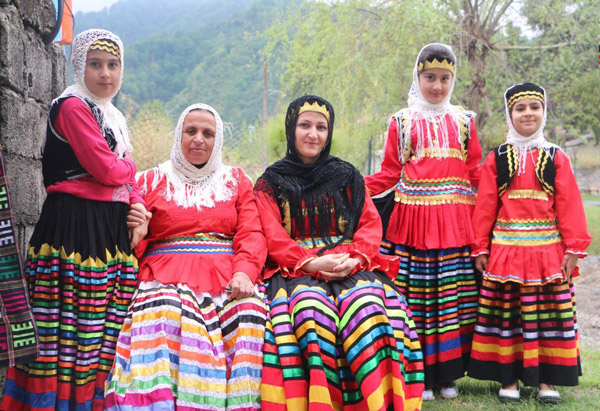 Rasht is the city of rice and rain, also it has many impressive and famous historical and natural attractions.
Guilan province boasts of a teeming culinary scene. Almost everything here smells of garlic, taste sour and has an extra dose of pomegranate molasses.
Ethnic delicacies in Gilan are numerous. You would normally find the famous sour kabab ( Kabab Torsh in Persian ) and Mirza Ghasemi ( a vegetarian eggplant, tomatoes and egg dish )on the menu wherever you go. Another foods are sour chicken ( Morgh-e Torsh ), Alo Mosamma ( a chicken and plum stew ), Torsh-e Tareh ( a vegetarian stew ), Anarbij ( a stew made with walnuts, minced meat and vegetables ), Baghali Ghatogh ( a stew with vegetables, garlic, beans and eggs ) 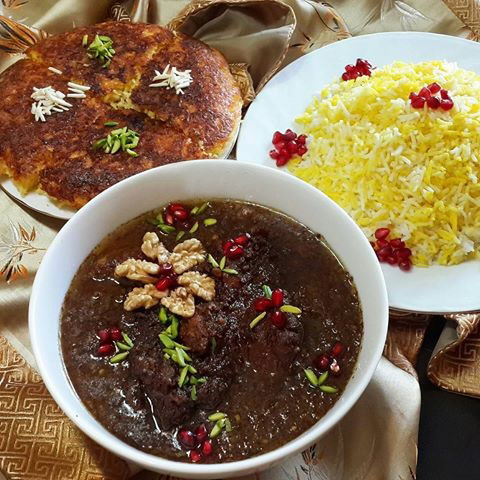 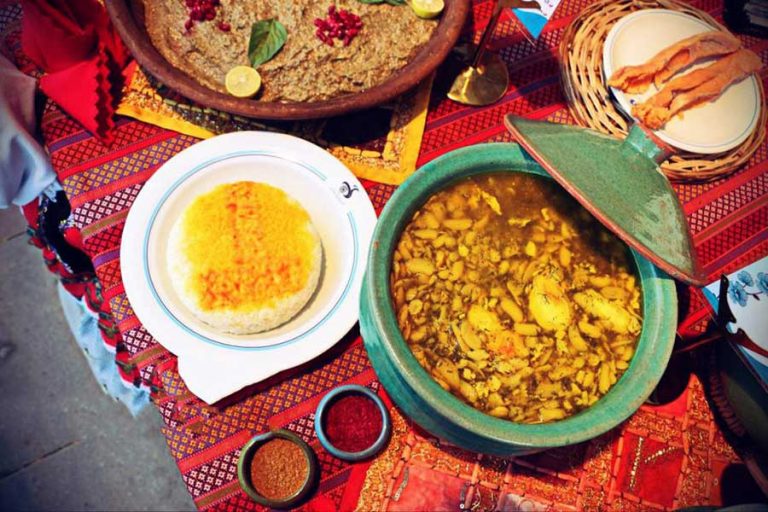 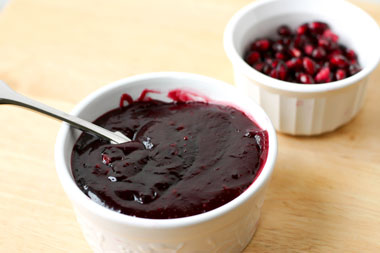 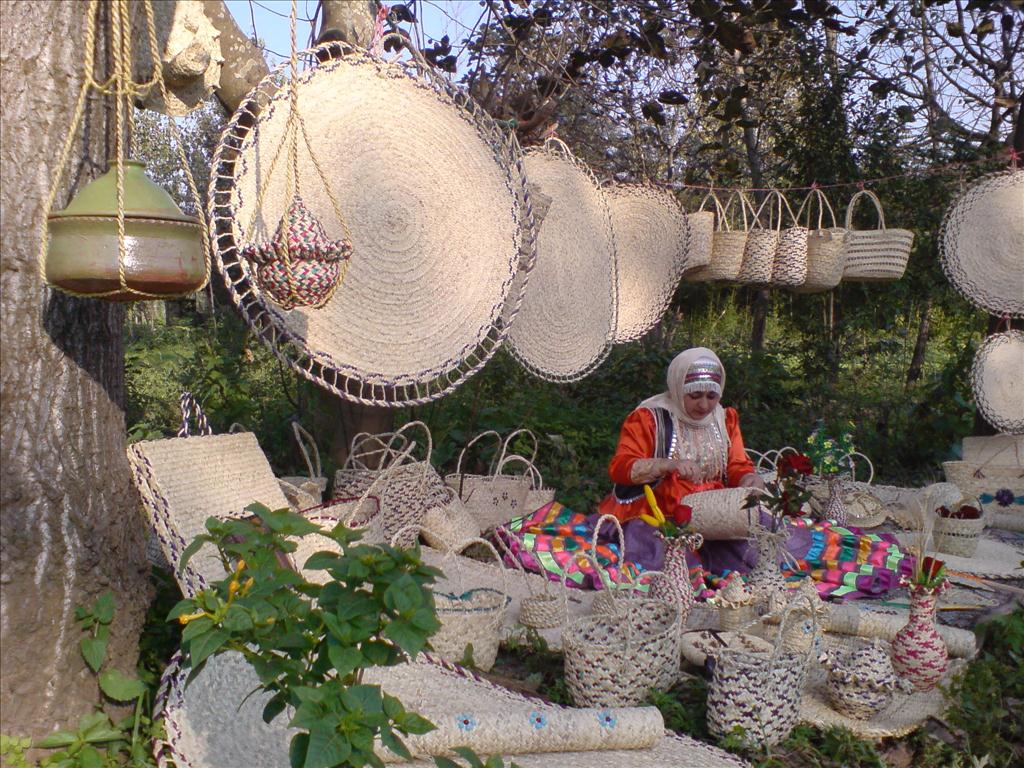 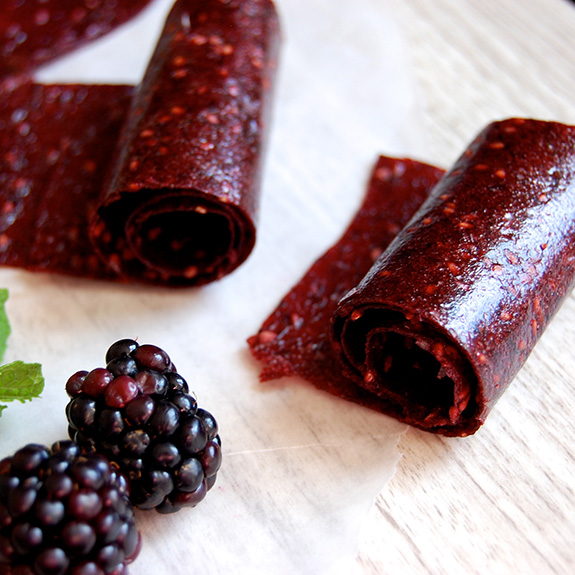 Now we want to discover some impressive places of Rasht that would be interesting for tourists.
At first it would better to visit Gilan Rural Heritage Museum. the visitors of the rural museum are plunged into a genuine world of customs and traditions and have the opportunity to sightsee and explore rural living environment. The vernacular architecture, the local artistic manifestation such as handicrafts and a wide range of traditions are exposed lively, in an authentic surrounding in the rural museum. 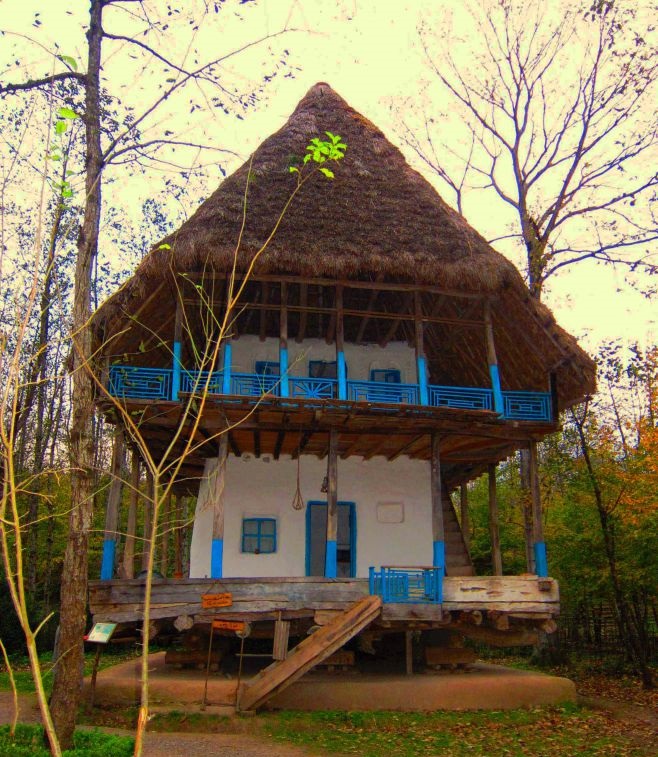 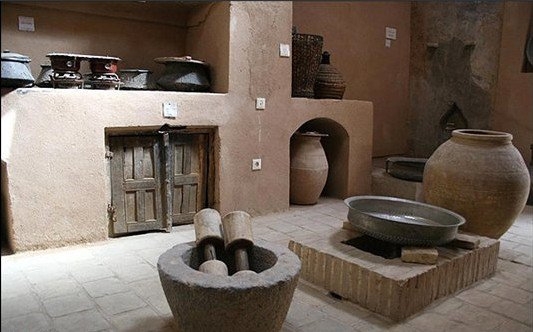 Another traditional place that could help you to know better about Rasht is Rasht Bazaar. This bazaar is the heart of the economy in Gilan province and is located in the old texture of Rasht. This bazaar dates back to the Safavid era. The bazaar has a total of 14 caravansary which were built in the Qajar and Pahlavi eras. The bazaar has maintained itʼs traditional appearance throughout the years and is still a place where agricultural product, different fish, local foods and handicrafts are sold. 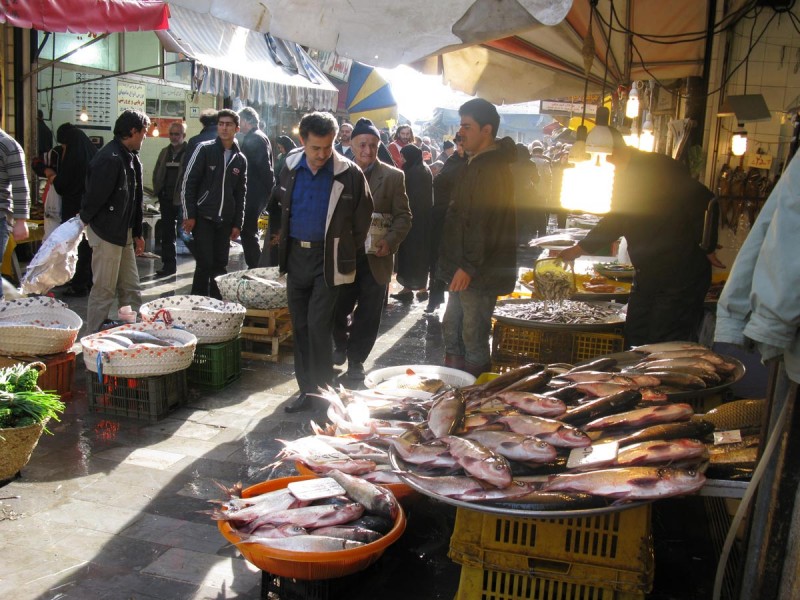 Saghalaksar is located 15km south of Rasht in the village of Lacan is your second option. The village of Saghalaksar with a fantastic landscape is full of silence of the lake, surrounded by massive tall trees of the forest. 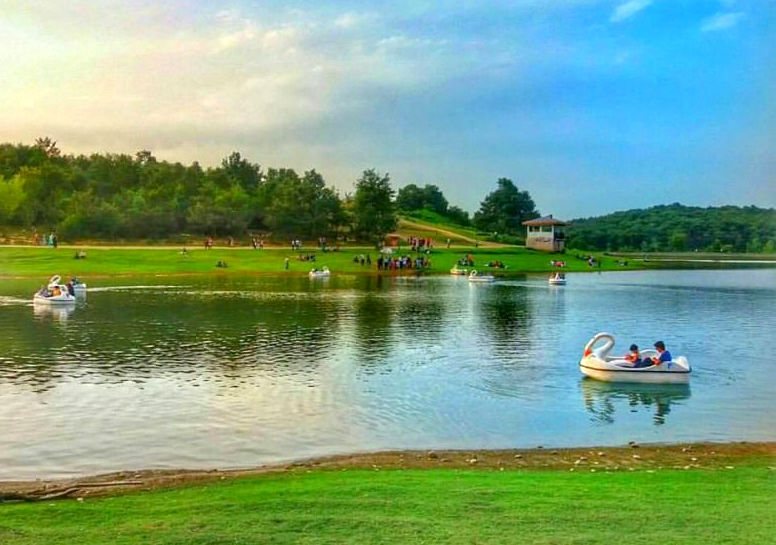 The southwest of Rasht, approximately 60km you can reach to Masouleh. Notable for itʼs traditional wooden buildings, clustered on the northern slopes of the valley, Masouleh is registered as National Cultural and Natural Heritage in Iran, one of the sites of the UNESCO. The village is rich in tangible and intangible heritage. The surrounding mountains provide many opportunities for trekking, climbing and other activities. Masouleh structure is unique. The buildings have been built into the mountain and are interconnected front yards and roofs both serve as pedestrian areas similar to no motor vehicles are allowed to enter Masouleh. 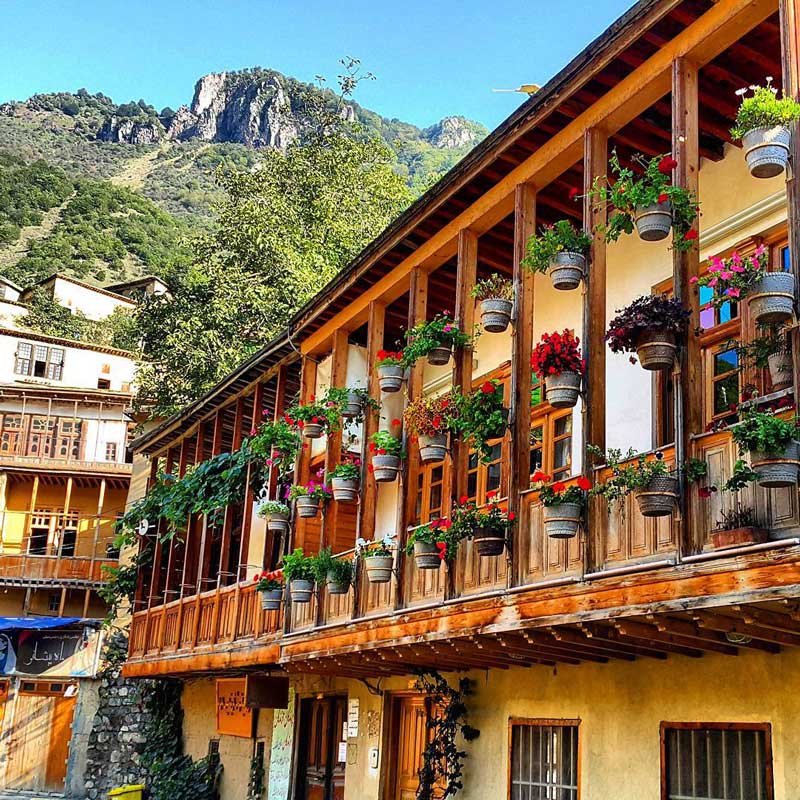 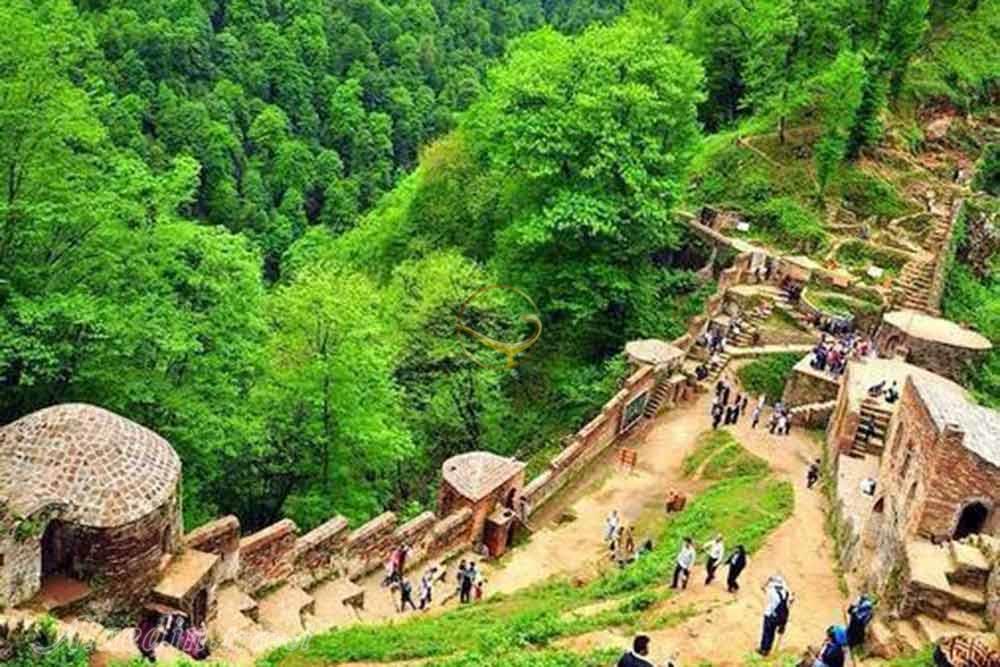 Near Masouleh you can visit Ghaleh Rudkhan ( Rudkhan Castle ). itʼs a brick and stone medieval fortress in Iran that was built by the Gilaks ( people from Gilan ) to defend against the Arab invaders during the Arab/Islamic invasion of Sassanian era.

If you are In love with lagoon, my suggestion is Anzali Lagoon near Rasht. Anzali Lagoon with an area of about 20 thousand hectares in the north of Iran is located in Gilan province. Anzali Lagoon is one of the most interesting and greatest natural habitats of fauna in Iran and annually welcomes many birds that enter Iran from the neighboring countries. You can see the whole lagoon by boat. 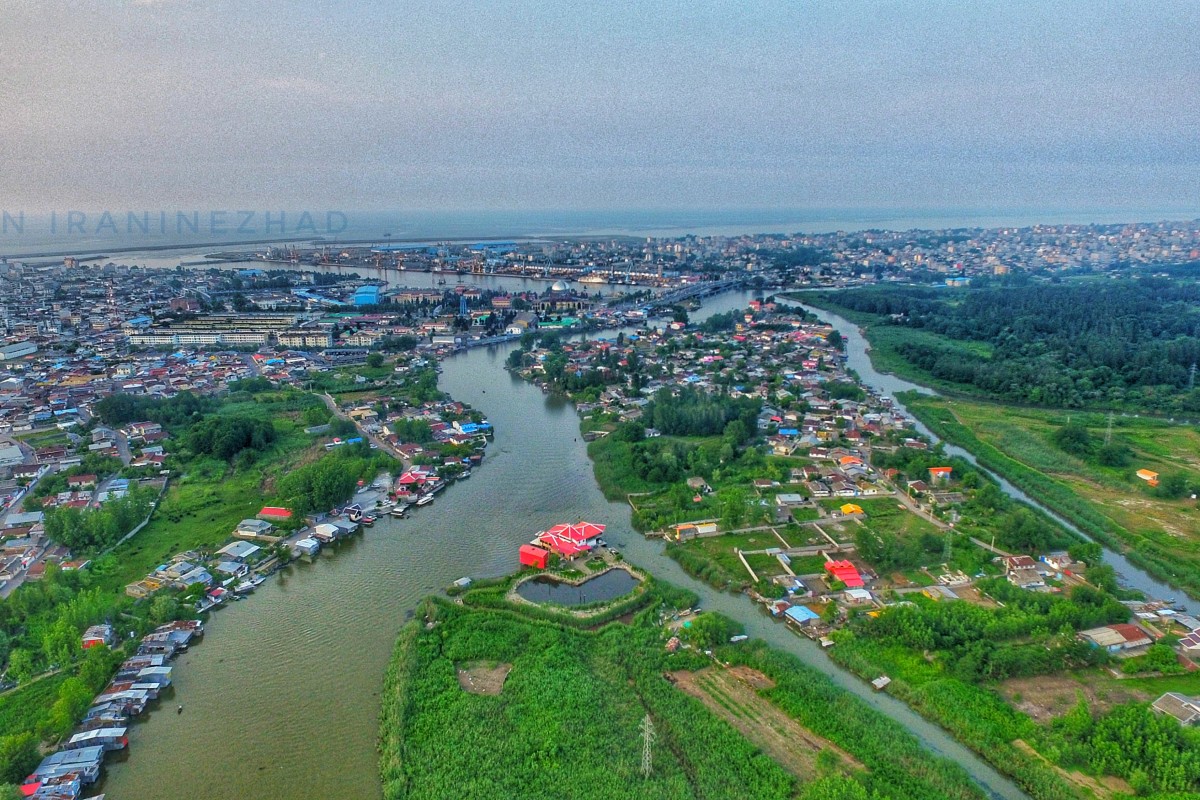 We hope you have good time in Guilan and stay in a hotel iran.At the end, I am sure you can not visit all the places in Rasht or around this city, because of your limited time. The beauty of this city is endless but I am certain you will have enjoyed a lot.