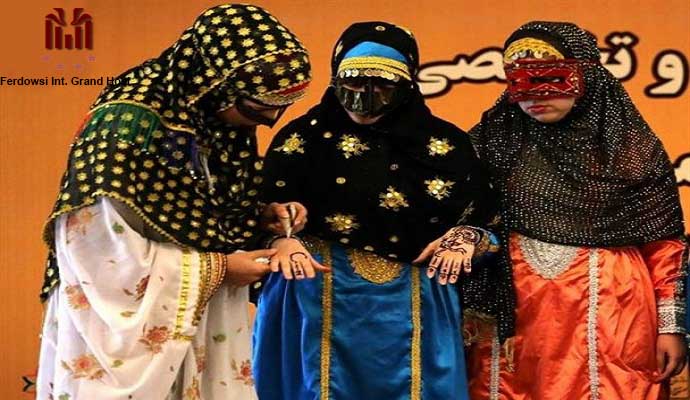 Iran is a country at the juncture of Western Asia and Middle East. Iran borders seven other countries, including Afghanistan, Armenia, Azerbaijan, Iraq, Pakistan, Turkey. It also borders the Gulf of Oman, the Caspian Sea and the Persian Gulf. The country was known as Persia until 1935. 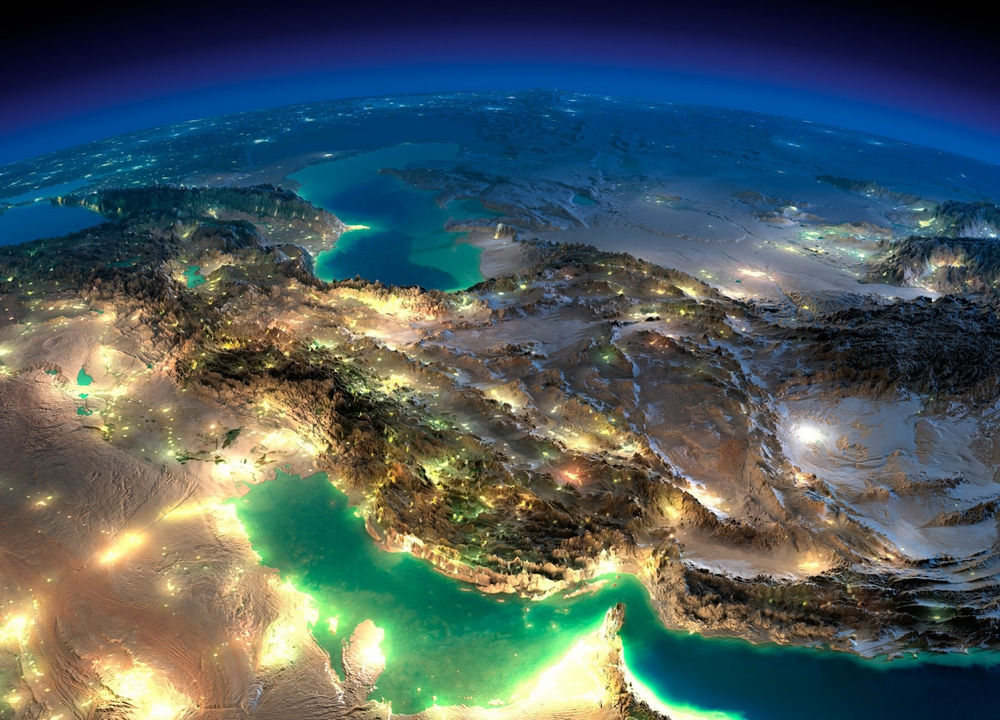 Iran is a multi-ethnic nation with different ethnic groups that includes Persians, Kurds, Lurs, Arabs, Baluchs, Turkmen, Azeri, Mazandaranis, Gilaks, Talysh, Tats. The country enjoys a mix of cultures borrowed from far and wide. The many language spoken in Iran have similarities to European and Asian languages. Persian is the largest ethnic group in Iran. The ethnic group makes up more than half of the nationsʼ population, due to Persian dominance, the groupsʼ culture has had a significant impact on other cultures in the country. 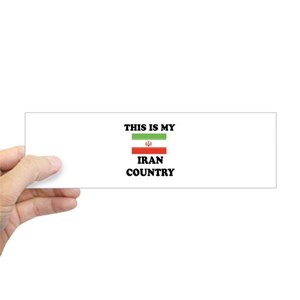 In this section, introduce each tribes and take a glimpse of them:
Persians
Iran used to be called Persia until 1935. Persian is the largest ethnic group in Iran. The term Persian people historically meant " from persis " which is around Pars, Iran, north of the Persian Gulf. With this definition, not all Iranians are Persians, but all Persians are Iranians nationally. Persian, predominant ethnic group of Iran. They are estimated to make up 61% of the population. They occupy major urban areas such as Tehran, Esfahan, Mashhad, Yazd and Shiraz. The official language in Iran is Persian also known as Farsi. Persians are known to have a rich cultural heritage. Their music, art and poetry are ranked the best in Iran. Most Persians are Shia Muslims. 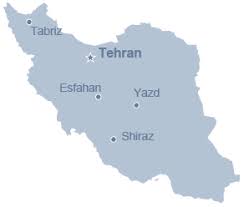 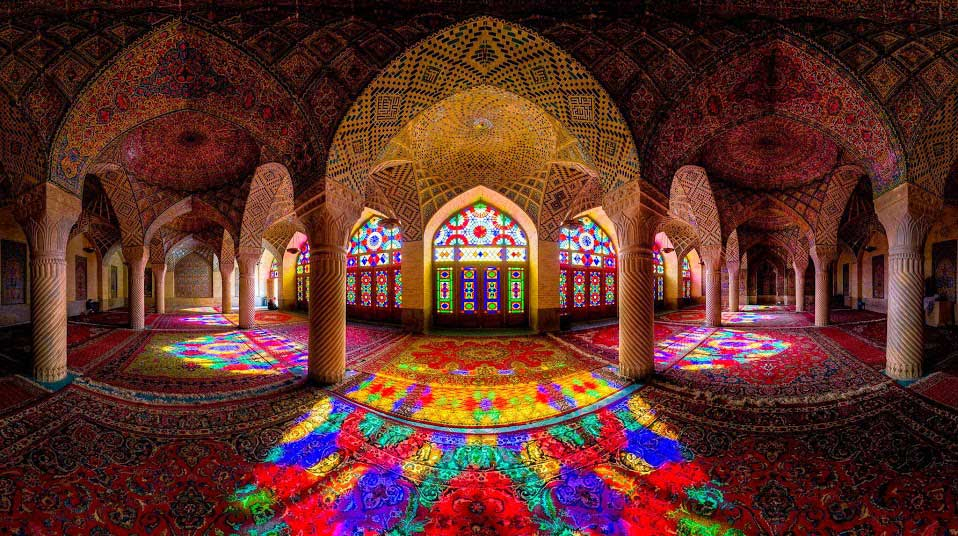 Kurds
Kurds are ranked as the third largest ethnic group in Iran. Iranian Kurds make up the majority of the population of Kurdistan province. They occupy both rural and urban areas. Rural Kurds are nomadic pastoralists. The majority of Kurds are Sunni Muslims. The Kurds speak a variety of closely related dialects, which in Iran are collectively called Kirmaji. The Kurdish area of Iran includes most of west Azerbaijan, all of Kurdistan, much of Bakhtaran formerly known as Kermanshahan and Ilam and parts of Luristan. The Kurdish people have inhabited the northwestern religion of Iran for centuries dating back before the Islamic conquests of the 7th century.
Traditional dress for women in Kurdistan consists of very colorful clothing. Usually a long dress or gown is worn, over which a jacket or vest is worn. Colorful belts are include as are colorful pants. For men is consists of baggy pants that may be colorful. Men wear plain shirts and vests or jackets and large belt or Sash tied around the waist. 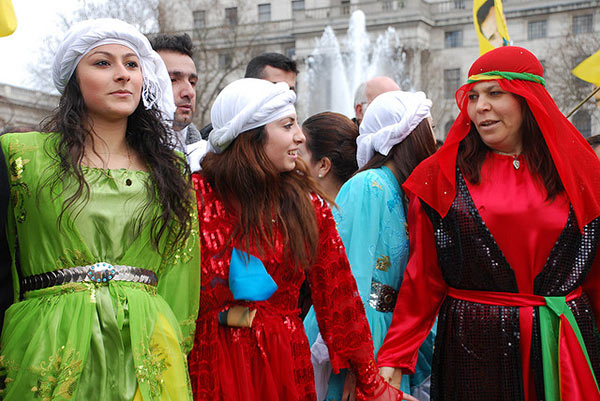 Azeri
Azerbaijan, also known as Azeri, is a Turkis language that is closely related to Turkish and influenced by Persian and Arabic. By far the largest Turkic-speaking group are the Azerbaijan who account for over 85percent of all Turkic speakers in Iran. Major Azerbaijan cities include Tabriz, Urmia, Ardabil, Zanjan, Khoy and Maragheh. Azerbaijan inhabitants are among the most original and the oldest Iranian family namely Aryan race. They have kept all Iranian characteristics in Achaemenian, Arsacides and Sassanid dynasties and so far kept their ethnical nobility.
The typical womensʼ traditional dress of Azerbaijan consists of under and outer garments and clothes for the upper and lower body bag-shaped cover " veil " and shutter for the face " Ruband " and a short jacket called " Arkhalig " with long sleeves  were the important parts of the costume. for men is consists of an upper shirts, Arkhaluk ( close-fitting wear ), Chukha ( kind of upper menswear ) and wide trousers were made of woolen fabric. 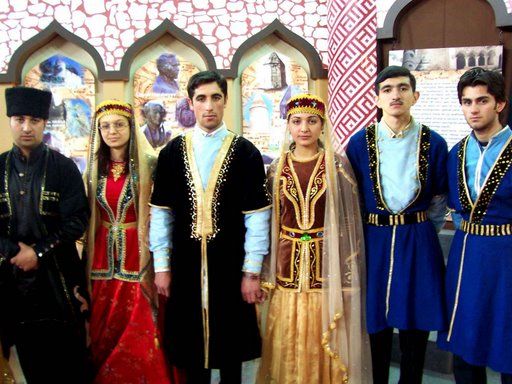 Lurs
Lurs from the fourth largest ethnic group in Iran. The traditional homeland of the Lur is the Zagros Mountain. In the central and southern Zagrous live the Bakhtiaris and the Lurs, two groups that speak Luri, a language closely related to Persian. They occupy Luristan, Chaharmahal and Bakhtiari, Khuzestan, Isfahan, Fars, Bushehr and Kuh-Gilu-Boir Ahmed provinces. the Luri language is Indo-European.
The typical womensʼ traditional clothes of Luristan consists of Juma ( a long and without color dress ), Kolonja ( a lacing overcoat ), Saava ( silk shall that Lur women tie around their head ) and Golvani ( special scarf ). For men is shall ( for twisted around their waist ), Setra ( a cassock ), felt hats, Giva ( handmade shoes ) and Chugha. 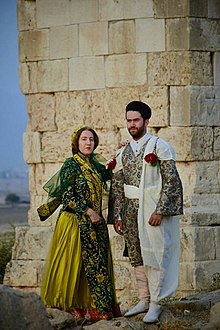 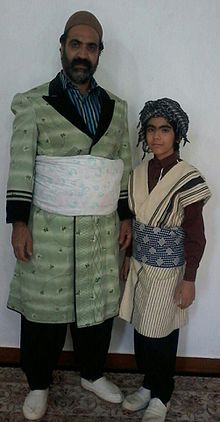 Talysh
The Talysh are mostly live in the province of Gilan in north of Iran. They are indigenous to a region shared between Azerbaijan and Iran which spans the south Caucasus and the southwestern shore of the Caspian Sea.
Tats
The Tats of Iran centralized near the Alborz Mountain, especially in the south of Gazvin province. They speak the Tati language, consisting of a group of northwestern Iranian dialects closely related to the Talysh language.
Arabs
Iranian Arabs live in the south and make up 2% of the population. Arabic and Assyrian are two Semitic languages spoken in Iran. The Arabic dialects are spoken in Khuzestan and along the Persian Gulf Coast. As a Semitic language Arabic is related to Hebrew, Syriac and Ethiopic. About 40percent of the Arabs were urban, concentrated in such cities as Abadan, Ahvaz and Khoramshahr.
The women in the southern part of Iran are notable for their brightly colored, floral Chadors and Niqab, for men, they wear Thawb or Thobe is an ankle-length Arab garment, usually with long sleeves. 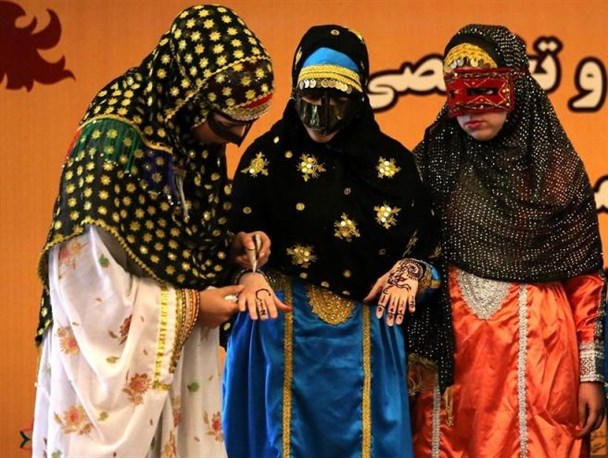 Baluchis
The Baluch people of Iran live in southern and central parts of Sistan and Baluchistan province, the capital of Sistan and Baluchistan is Zahedan. The Baluchis are the ancient genuine Iranians who have their exclusive and special celebrations and feats.
The female Baluchi suit consists of the head scarf, long dress and a Shalwar ( pants ). For men, the mensʼ shalwar ( Kameez ) consists of  a very baggy pants. The Baluchi pants ( Kameez ) is similar to the styles worn in Afghanistan. 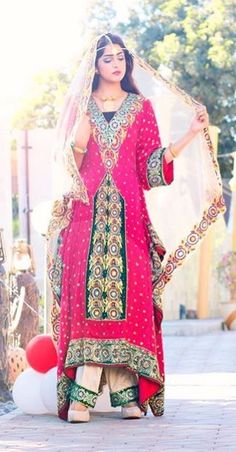 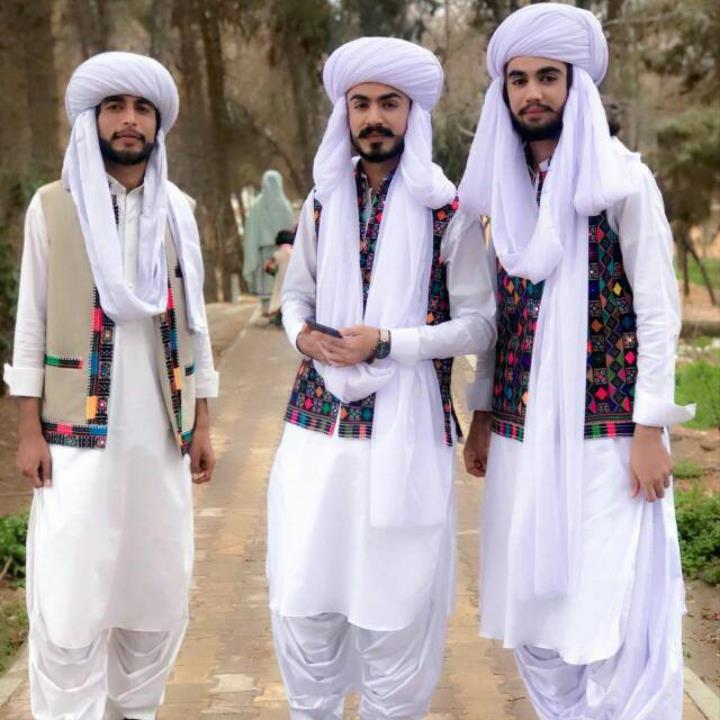 Turkmen
Iranian Turkmen are primarily concentrated in the provinces of Golestan and north Khorasan. The largest Turkmen city in Iran is Gonbad-e Kavoos, followed by Bandar-e Turkmen. Turkmen men and women have been well known as great horse-riders the most important Iranian Turkmen tribes are Kuklans and Yamotes.
The basis dress of a Turkmen women traditionally consists of under trousers ( Balaq ), a dress ( Koynek ) and a headdress of some kind. The basis costume for Turkmen men traditionally consists of a pair loos cotton trousers ( Balaq ), shirt ( Koynek ), sleeved robe ( Don ) and headgear ( Bork ). 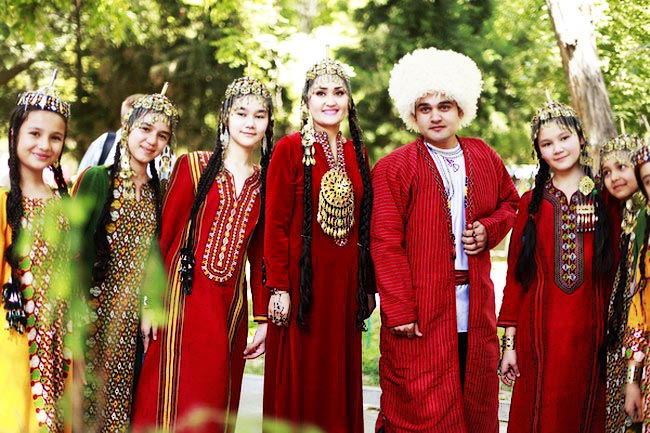 Gilaks
The Gilaks people originally are an Iranian people native to the northern Iran province of Gilan and are one of the main ethnic groups residing in the northern part of Iran. They speak the Gilaki language. Gilaki people live both alongside the Alborz mountains and in the surrounding plains.
Gilakis women worn long shirts ( Jame ) and matching vests, floor-sweeping skirts with colorful horizontal stripes ( Tonban ) at the bottom and scarves ( Lachak ). Men are distinguished by the wide cotton belt around the waist and Namat ( mensʼ hat ) and Jalaghte ( mensʼ vest ). 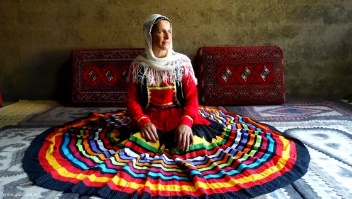 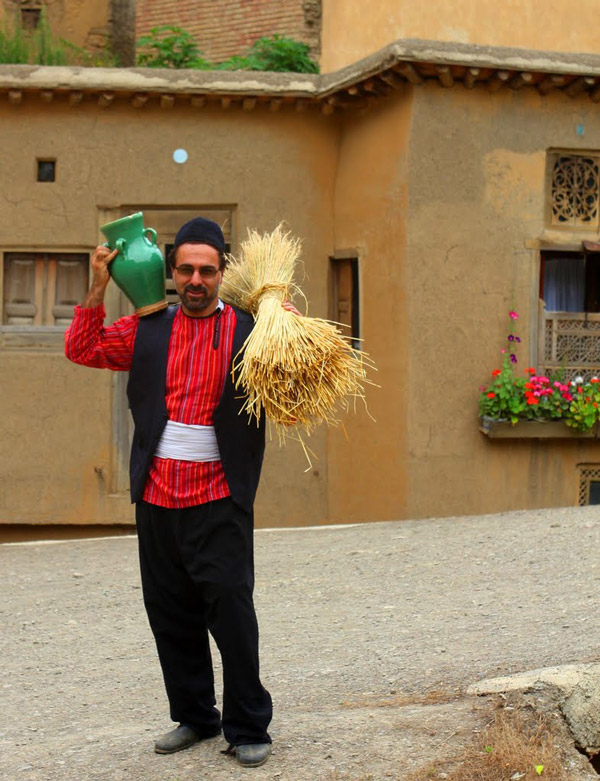 Mazandaranis
The Mazandarani people or Tabari people are an Iranian people whose homeland is the north of Iran ( Tabaristan ). They speak the Mazandarani language.
Qashqais
The Qashqais are the second largest Turkic group in Iran. The Qashqais are a confederation of several Turkic-speaking tribes that historically resided in Fars province. The Qashqai confederation emerged in the eighteenth century when Shiraz was the capital of the Zand dynasty.
Qahqais women are distinguished by their voluminous, multi-layered, colorful skirts and long headscarves pinned under the chin. Men round hats are made of sheep hair. 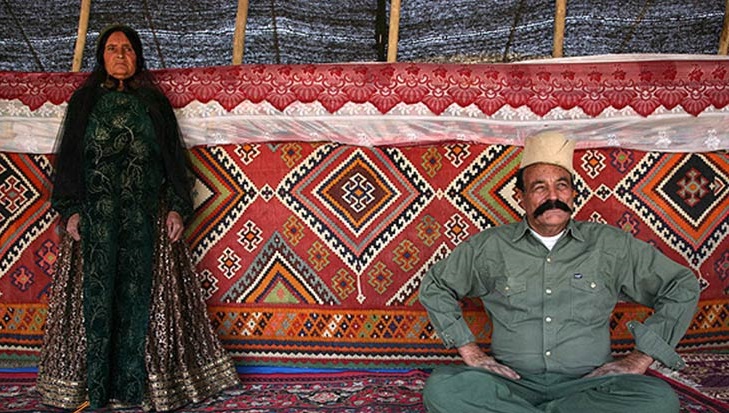 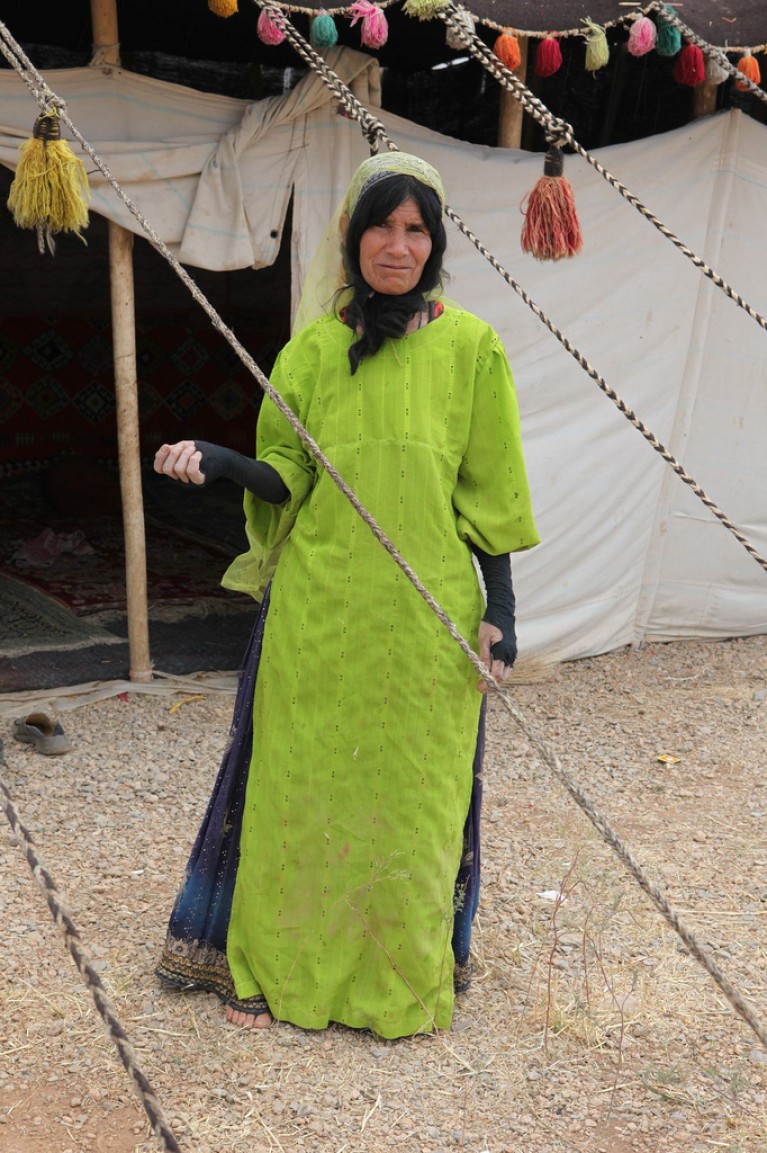 At the end, the world is a place containing various racial and lingual groups. Iran is a multi-ethnic nation that each of them have own story that you can visit them and I recommend you that stay in hotel during your accommodation . Clothes, cultures, beliefs, politics, religions, ethnical and behavioral characteristics and place to live, are the things that make them different.

Various common traits can be discerned among the Iranian peoples. For instance, the social event of Nowruz is an ancient Iranian festival that is still celebrated by nearly all of the Iranian peoples. However, due to their different environmental adaptations through migration, the Iranian peoples embrace some degrees of diversity in dialect, social system, and other aspects of culture.
Reply

Admin
Thanks for posting your comments
Submit a comment